One week ago I had announced that I will be respectfully taking Microsoft to Active Directory Security School. I had also posed a Trillion $ question to Microsoft. As promised, today, in this post, I will do so. Sometimes less is more, so today I'll keep it short. 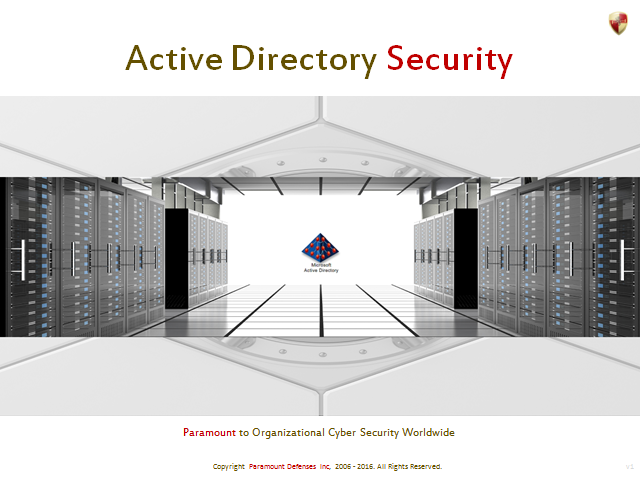 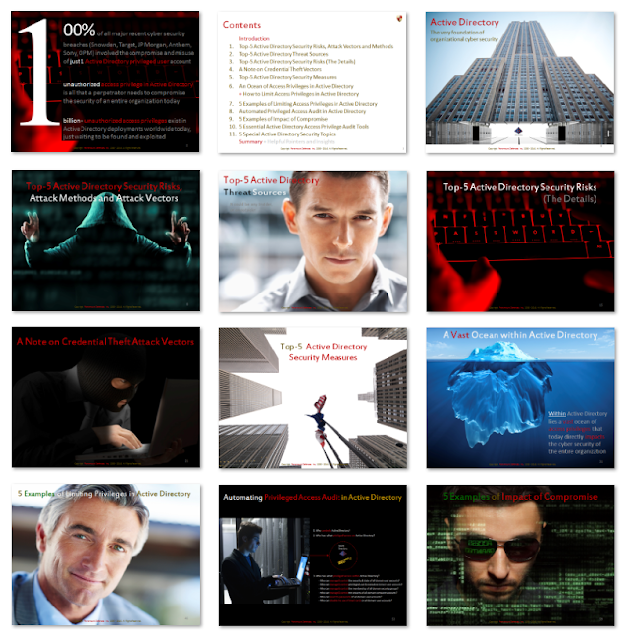 I suggest that Microsoft and organizations worldwide, go through this deck, and absorb it like a sponge absorbs water, because in this deck lies the key to organizational cyber security worldwide and the answer to the Trillion $ question I posed to Microsoft.


If you find yourself wondering "What's the big deal?", please go through the entire deck, then consider the following:


If you can find even one mention of the Trillion $ phrase "Effective Permissions" in any of the above, let me know.


We've found that due to a complete decade+ lack of guidance from Microsoft on the most important technical aspect of Active Directory Security i.e. "Effective Permissions", 99% of the 1000s of IT personnel (Domain Admins, IT Auditors, IT Managers, CISOs etc.) from 1000s of organizations that have knocked at our doors do not even know what "Effective Permissions" are !


I'll let the $ 500 Billion Microsoft, and organizations worldwide, reflect on and absorb a) this fact, b) these questions and c) this deck, for a week, then continue sharing thoughts starting Nov 01, both on this blog and at - www.paramountdefenses.com/blog/.

Today, I'd like to share 10 elemental, essential and in fact paramount cyber security questions that every organization in the world should have answers to. They are directly related to the Trillion $ question I posed to Microsoft earlier this week.

(Quick Note: As I indicated last week, sometime this week, I will be respectfully taking Microsoft to Active Directory Security School. This post is not the one that takes them to school. Along the lines of yesterday's Trillion $ Q post, this post also helps set the stage for that post. That post will be titled "Defending Active Directory Against Cyberattacks", and will be out this week.) 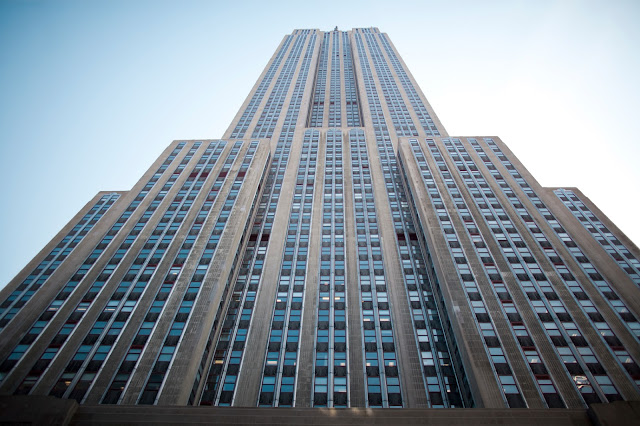 
1. Exactly who has the Replication Get Changes All extended right effectively granted in the domain root's ACL?

2. Exactly who can change the security permissions in the ACL on the domain root object?

3. Exactly who can reset the password* of all default and custom administrative (privileged) user accounts?

4. Exactly who can modify the membership of all default and custom administrative (privileged) security groups?

5. Exactly who can manage the contents of the Systems container and the Configuration and Schema partitions?

6. Exactly who can change the security permissions in the ACL of the AdminSDHolder object?

8. Exactly who can establish and/or manage cross forest trusts, or trusts to external domains?


Not only are these 10 elemental cyber security questions directly related to Active Directory security, they directly impact and are imperative to foundational cyber security of 1000s of business and government organizations in 150+ countries worldwide.

They are imperative to foundational cyber security because anyone who can enact these tasks could instantly gain command and control over the entire organization's security. For details, after Nov 01, please visit - www.paramountdefenses.com/blog/

Incidentally, to be able to answer any and each of these 10 elemental and essential cyber security 101 questions, organizations require the ability to perform just one technical process. So, here's another trillion $ question - What is that one process?

The answer to this trillion question is coming soon, right here on this blog, later this week. (Stay tuned.)

Organizations that do NOT have answers to these basic 10 cyber security 101 questions CANNOT be considered secure today.

Ask any good security practioner or hacker and they'll tell you that security is in the details so this is a slightly detailed post.  This blog post is also worth a proverbial Trillion $, so if you're into cyber security, you'll want to read it in its entirety.

First things first - As I indicated last week, sometime this week, I will be respectfully and publicly taking Microsoft to Active Directory Security School. This post is not the one that takes them to school; this post is merely a curtain raiser and sets the stage for that post. That post will be titled "Defending Active Directory Against Cyberattacks", and it will be sometime this week.


(Please click the Play button to view the video. If it does not play, you can see it on Microsoft's website here.)

Next, the summary of the video above titled "Defending the Directory", quoted verbatim -

Then, a few quick thoughts -

Finally, before I pose the question, for those who may not have the time to view it, some important quotes from this video -

Finally, the Trillion $ Question is -

Make not mistake about it. In the answer to this question lies the key to organizational cyber security globally. It's that simple.

Here's why - If organizations do not swiftly and correctly identify and eliminate the ocean of unauthorized access privileges that exists in their Active Directory deployments today, it is only a matter of time before intruders or insiders exploit this ocean of vulnerabilities to obtain complete command and control over foundational Active Directory deployments worldwide.

In case you're wondering why I say its a Trillion $ cyber security question, that's because if you were to add up the market cap of the 20,000+ organizations across 150+ countries, not to mention or include the 1000s of local, state and federal/national governments at whose very foundation lies Microsoft Active Directory, you'll find the sum will handily be in the trillions of $.

Also, in case you find yourself wondering as to how this 1 simple question could possibly impact organizational cyber security globally, for now just consider the colossal impact of even a single (i.e. just one) successful execution of mimikatz DCSync in an organization's network, i.e. the colossal damage a proficient adversary could subsequently, swiftly inflict - it'd be Game Over.

Oh, and by the way, mimikatz DCSync is just the Tip of the Iceberg.  (More (i.e. an ocean to be precise) on that later this week.)

Looking Forward to an Answer

So, to my incredibly talented, hard-working and respected colleagues and friends at Microsoft, I (and the world) look forward to your answer. Also, in case you don't really like that this question is being asked publicly, my sincerest apologies. It is 2016 after all, not 2006, and as you too likely know 100% of all major recent cyber security breaches (e.g. Snowden (at NSA), Target, JP Morgan, Sony, Anthem, OPM) have involved the compromise and misuse of just one Active Directory privileged user account.

If for any reason, you can't answer this question, no worries, I'll answer it for you, later this week, right here on this blog.


PS: This blog is read by 1000s of prominent folks (CEOs, CIOs, CISOs,  IT Directors, Domain Admins, Security Analysts and Pen Testers at Fortune 100 and 1000 companies, institutional and individual shareholders, cyber security personnel and leadership at 3-letter government agencies worldwide, nation states (e.g. UK, the EU, Australia, Russia, China etc.) and it being a public blog, unfortunately even folks on the dark side) from 150+ countries worldwide. In other words, everyone's tuned in.


PS2: July 25, 2017 Update.  I just answered this question for Microsoft. The answer to this Trillion $ question is right  HERE.
Email ThisBlogThis!Share to TwitterShare to FacebookShare to Pinterest

My apologies for the month-long absence. About a month ago, something was brought to my attention and it made me realize that in the interest of the foundational organizational cyber security of organizations worldwide, we need to help Microsoft better understand Active Directory Security. I've thus been at work building something, and I think its time we share it with the world. 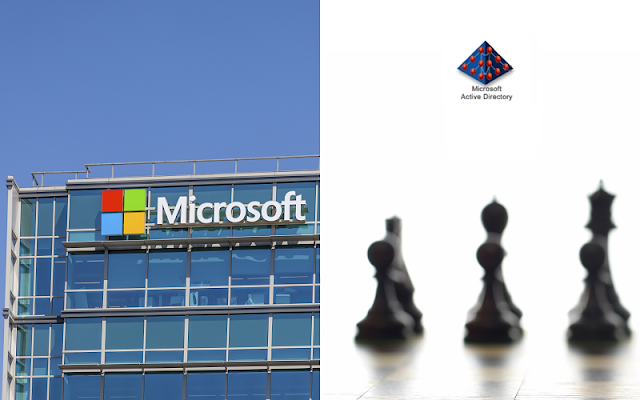 So, in the coming week, i.e. sometime between Monday, Oct 17, 2016 and Friday, Oct 21, 2016 I will be most respectfully and publicly taking Microsoft to Active Directory Security school, right here on this cyber blog, in a blog post befittingly titled "Defending Active Directory against Cyberattacks" 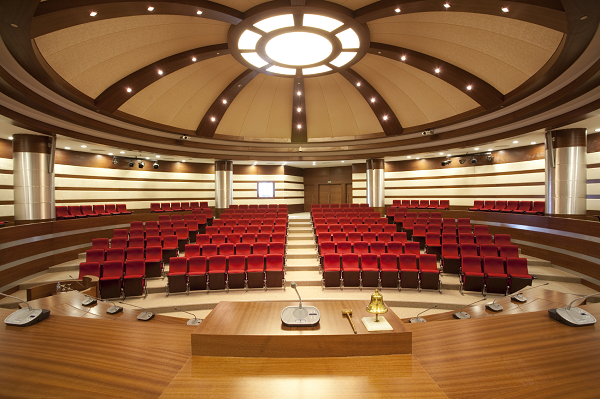 Please know that it is only in the interest of organizational cyber security worldwide that we'll be doing so publicly i.e. so that 20,000+ organizations across 150+ countries worldwide can also instantly have access to valuable, effective and immediately actionable Active Directory security insight and guidance, which is the need of the proverbial hour.

Please also know that as a deeply passionate ex-Microsoftie, I have great respect for Microsoft, and in fact have spent the last 15 years working to help make 1000s of Microsoft's customers across the world more secure, so it is only in Microsoft's best interest and in the best interest of 1000s of the world's biggest organizations that today operate on Microsoft Active Directory, that I have decided to do so.

If you're familiar with my background and some of my previous blog entries, then you'll want to tune in right here on Monday morning.