Hello. I'm Sanjay, President of Paramount Defenses. I just wanted to congratulate you on your historic win, wish you success, as did President Obama, and share VALUABLE cyber security insight that could be VITAL to your administration's success.

Before I get to it, I should mention that I write neither as a Republican, nor as a Democrat, but as a fellow patriotic U.S. citizen and a cyber security professional, and that my desire to do so publicly has been inspired by how much you Sir share publicly. Given the sheer impact of our important work across America and the world today, we are a 100% non-partisan organization.

One quick vital point - regarding all the talk of Russian hacking to influence the U.S. election, while Russia and possibly others may certainly have tried to influence it, professionally speaking i.e. as a cyber security practioner, in the grand scheme of things, it matters not as to who is trying to hack us, as much as it does that we protect ourselves from being hacked, so from that angle you're likely right that the DNC should have adequately defended itself. You see, once an entity is hacked, at that very moment the damage is done, because their data is now in someone else's hands, and the entity no longer has any control over what the perpetrators do with it. In fairness, one should also add that if indeed Russia did hack the RNC as well, but chose not to divulge their data, then reasonably speaking, that would have amounted to what is being called "an attempt to influence an election."


That said, Mr. Trump, hopefully you'll agree that given our sheer reliance and dependence on computers and technology, the success of your Presidency and your administration will GREATLY depend on the cyber security of our government agencies.

In that regard, I thought you should know that at the very foundation of cyber security of our entire U.S. Government (i.e. 600+ federal agencies) lies a single technology, Microsoft Active Directory, the cyber defense of which is paramount to our security.

You may or may not know this yet, but the White House, the U.S. Capitol, all our intelligence agencies, and virtually all our departments (e.g. Defense, State, Justice, Energy, Labor, Interior, Veterans Affairs etc.) all operate on Active Directory.

By the way, I must mention that none of this is classified information. This is all public knowledge. I just happen to know it first hand because I'm former Microsoft Program Manager for Active Directory Security, i.e. a "deep in the trenches" technical guy who possibly knows more about Active Directory security than most people on the planet. (I also happen to be an innovative American entrepreneur who built possibly the world's most relevant and important cyber security company, from the ground up.)

In fact, Active Directory is at the very foundation of cyber security of 85+% of all government and business organizations world-wide (The Americas, Europe, Asia, etc.) including at the foundation of virtually all of the tech companies whose CEOs recently visited you i.e. Microsoft, Amazon, Alphabet, IBM, Intel, Facebook, Tesla etc., as well as a little cyber company called Palantir.

It is very likely that thousands of business and government organizations in Russia too might be operating on Active Directory.

Sir, in all likelihood, the Trump Organization may also be operating on Active Directory. (Your IT folks could verify that for you.)


Mr. Trump, our cyber intelligence indicates that the foundational Active Directory deployments of most organizations worldwide may currently be exposed to an alarmingly vast attack surface, and thus may possibly be rather easily compromisable today. 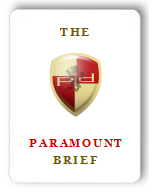 
If you're short on time, here's a very brief summary -


In every network powered by Active Directory, all administrative accounts i.e. the accounts of the individuals that possess the "Keys to the Kingdom" lie within Active Directory. It is a well known fact that if a perpetrator can compromise ANY one of these accounts, he/she could easily access and control everything. Thus, in every organization, ideally the number of such powerful accounts must be at an absolute bare minimum.

Unfortunately, in most organizations today, not only are there a HUGE number of privileged user accounts in Active Directory, NO ONE really knows exactly who they are and what power they possess. In other words, most organizations seem to be operating in the proverbial dark, & if breached, could likely be compromised in minutes.

In essence, a huge, unknown number of highly prized privileged accounts in Active Directory constitute a vast attack surface, and the compromise of any one of them would be tantamount to a system-wide compromise.

From our side, we can certainly (and uniquely) help organizations worldwide precisely identify and reduce their attack surface, as well as empower them to mitigate this serious risk, swiftly and cost-efficiently, but we do need them to understand it first.


I must also mention with due respect to the likes of Peter Thiel, Alex Karp, Ted Schlein & others, I doubt they're familiar with this specific risk or understand the depth of its magnitude, because this is one of those you have to be "deep in the trenches" to get.

Speaking of which, in 2016, we had directly informed the CEOs of most of the world's Top 200 companies (including most of the tech CEOs that came and met you at the Trump Tower), as well as all appropriate officials at most federal and state agencies about this risk to the foundational Active Directory deployments of their organizations; they all received The Paramount Brief.

Our intelligence further indicates that as a result, many of these organizations started to look at the security of their foundational Active Directory deployments for the first time ever. While some may have started bolstering their cyber defenses, sadly, many of these organizations likely continue to remain vulnerable, especially considering how easy it is to compromise them today.

For instance, if an intruder could breach their network (and Microsoft suggests that organizations assume breach ) in many cases, he/she could just deploy Mimikatz DCSync to instantly 0wn them. (Alex/Peter should be able to explain this to you.)

Fortunately the solutions required to swiftly, effectively and cost-effectively help all impacted organizations mitigate this critical risk exist today (e.g. 1,2). However, we're finding that many organizations do not even seem to know about this risk.

We worry that unless certain basic and fundamental cyber security measures are enacted quickly, many of our government and business organizations, as well as those of our allies worldwide, will likely remain vulnerable to cyber attacks in the near future.

From our side, we're doing what we can to educate and safeguard organizations worldwide, but much more needs to be done, and quickly so. Its in that regard that your intentions give many of us in cyber security, as well as the American people, hope...

In addition to making America greater, we must also make (not only) America (but also our allies) safer, not only from physical threats but also from cyber threats. In fact, given our HUGE reliance on technology, and considering how easy it is to launch a cyber attack, the cyber threat may pose a far greater threat to our national security and prosperity than do physical threats.

I've read that it is your intention to appoint a team to combat cyber attacks within 90 days of taking office. That (in your parlance) sounds WONDERFUL. I commend you for this initiative. Indeed, it is imperative and in fact paramount that we do everything we can to safeguard and adequately defend our government and business organizations from being taken out by cyber attacks. 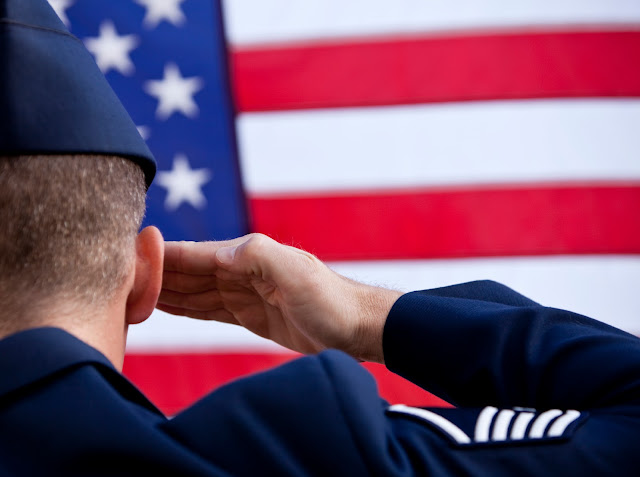 If I had to offer some unsolicited advice, I'd suggest that one of the most important measures one could enact is Attack Surface Reduction. Simply put, the smaller one's attack surface is, the better one's chances of being able to adequately defend it.

For instance, it is so much easier to protect a building that only has one entrance than it is to protect one that has 20 entrances, and where only a few security guards have the master keys to the building, than one wherein who knows how many have them.

That's why, considering the statistics i.e. the fact that 100% of all major recent cyber security breaches involved the compromise of a single (i.e. just 1) Active Directory privileged user account, reducing the number of users that have privileged access within Active Directory to a bare minimum, then adequately protecting them, must be one of the top priorities for all organizations.

Sir, in short, provably secure (least-privileged access adherent) foundational Active Directory deployments at all our federal government agencies and at all business organizations they rely on, are likely going to be vital to your administration's success.


Thank you, and Best Wishes

In closing, thank you for your time, congrats on your bigly win and good luck as you get ready to serve the American people.

The American people have entrusted you with the great responsibility of leading our great nation, as well as the might of American power, and they're looking to you to make their lives better and to make America greater and safer again.

In God We Trust, so wish you God Speed in your efforts to fulfill your promises to make America great(er and safer) again.


PS: At Paramount Defenses, because we understand the paramount importance of cyber security to the business and national security interests of the United States and those of our allies, we care deeply about cyber security and we take it very seriously.
Email ThisBlogThis!Share to TwitterShare to FacebookShare to Pinterest